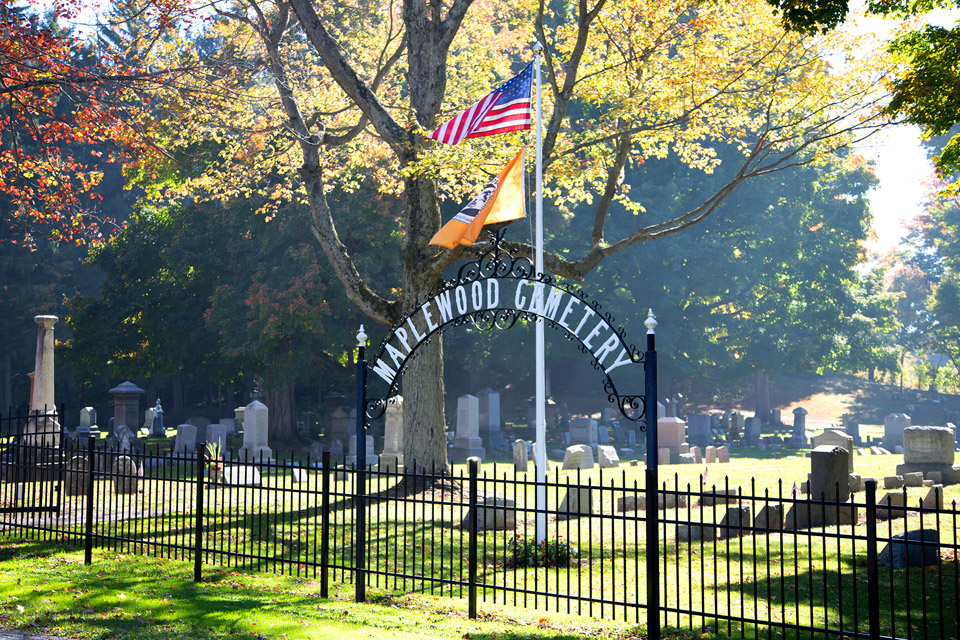 In 1862, Lewis Carpenter gave a piece of his land for a cemetery on East Avenue in Marilla.The first lots in this cemetery were sold in 1862. However, the first recorded burial here was for Sarah Jane Kelsey on February 14, 1857. The Maplewood Cemetery Association was incorporated on April 21, 1902. The first president of the Association was Horace Smith. Other presidents included:     Clifford Veeder, Gladys and Harry York, and Jeffrey Lewinski. Caretakers of this cemetery have included: Fred Carmichael, Edward Lamb, Vernon Aldrich, Jerry Munn, and James Dombrowski. There are seventeen Civil War, two Spanish American War, eleven World War I, eight World War II, and two Korean War veterans buried here. The Association was disbanded in 2010 and the Town of Marilla is now the administrator and caretaker of this cemetery.

George Washington Carpenter gave the plot of land to start the present Marilla Cemetery. He had built the first log house in the village. The Machinas currently reside in the original home of Mr. Carpenter at 2033 Two Rod Road. Records show that Glezen Fillmore was the first person to be buried in the cemetery. However, a survey shows a headstone that dates as early as 1835 and 1844 (Arinda Clark and M. Ross respectively).  In 1892, Mr. Henry Adams sold his farm on Four Rod Road and moved into the village. His one hobby was to restore Marilla “Evergreen” Cemetery. This he accomplished with the help of Frank Cummings, Eli Mau, and several others. They worked many days plowing and killing weeds, setting out trees, and forming an association to finance the cemetery in order to keep the grounds in the excellent condition in which we find them today. In 1892, Mr. Adams became president of the Association, followed by G.C. Monchow, Louis Monchow, Charles Burman, Alfred Eiss, and Franklin “Shorty” Lein. Mr. John “Jack” Reichert was president from 1977 to 2003. The current president is Jacob Argauer.

Maple Rest Cemetery is one of the oldest cemeteries in this area. While there is no known record of its organization, the first burial was in May 1847. It is still well kept and in use as a burial place today.